What Sacrifice Are You Not Willing to Make? - JennieGScott.com
10
post-template-default,single,single-post,postid-10,single-format-standard,ajax_fade,page_not_loaded,,qode-title-hidden,qode_grid_1300,qode-content-sidebar-responsive,qode-child-theme-ver-1.0.0,qode-theme-ver-9.5,wpb-js-composer js-comp-ver-6.10.0,vc_responsive

13 Jul What Sacrifice Are You Not Willing to Make?

Posted at 14:28h in Encouragement by Jennie Scott 0 Comments

Think about what you want. What you really, really want.

I bet without much coaxing, you could make a list of things you’d love to have – or be. I bet you have dreams, both big and small, tucked away inside your heart. I bet you have goals, both lofty and mundane, on that list inside your brain. We all know what we want, even if we’ve never told another soul.

And yet we remain without those things. What I want us to consider is why.

Many of the things we want are on the other side of a sacrifice we’d have to make, and when it comes down to it, we aren’t willing. It’s easier to dream and lament and complain about our lack than it is to work for all we could gain. 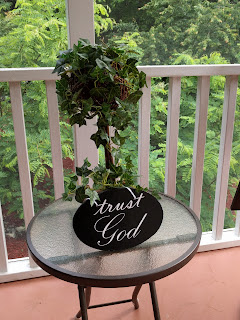 I want so many things I don’t have: a six pack (of abs, that is, not beer), a perpetually clean house with perpetually empty laundry baskets, home-grown produce to save both money and calories, flower beds with beautiful blooms and zero weeds…

Not one of those things is impossible, but all of those are things I don’t have. The reason is simple – me. I am the reason I don’t have those things, and I don’t have them because I’m not willing to make the sacrifices necessary. I could have a six pack, theoretically. I’d have to work out a whole lot more and eat a whole lot less, but it’s doable. I could stay caught up on laundry – if I’d rather catch up on it than episodes of Fixer Upper I’ve missed. I could have a garden – if I wanted to spend my time maintaining it… For every thing I wish I could have, I’d have to make a sacrifice to get it.

What I’ve begun to question about myself lately is whether my lack of sacrifice is a forfeit of my destiny. Are there things the Lord desires for my life that will only come if I give up what doesn’t really matter? Our best will arrive only when we relinquish our grip on the good. Good might prevent best. Comfort might block destiny.

What do you need to give up today to walk into what’s meant to be yours? Sleep? Food? Relationships? Self-hatred? Mindless television watching? A critical spirit? A job? Over-spending?

The interesting thing is that we all have something – likely many things – we could (and should) give up. The reality, though, is that most of us won’t. We want the comfort of what we know. We want the easiest option, which is to stay as we are. We say we’ll start tomorrow. We assume we’ll fail anyway, so we refuse to even start.

We make a thousand excuses, but we really just make the path we’re intended to follow that much further away.

I’m tired of sabotaging my own life. I’m tired of assuming the worst and settling for it. I’m tired of watching others achieve their goals and thinking they know some secret I don’t.

You want to know their secret? Hard work. Sacrifice. Giving up something now for something greater in the future.