When You Want to Skip Mother's Day - JennieGScott.com
100
post-template-default,single,single-post,postid-100,single-format-standard,ajax_fade,page_not_loaded,,qode-title-hidden,qode_grid_1300,qode-content-sidebar-responsive,qode-child-theme-ver-1.0.0,qode-theme-ver-9.5,wpb-js-composer js-comp-ver-6.9.0,vc_responsive

10 May When You Want to Skip Mother’s Day

Posted at 02:02h in Uncategorized by Jennie Scott 0 Comments
2011.
Mother’s Day was coming, and I was dreading it. My first holiday as a single mom, my birthday, had been excruciating, but I dreaded this day even more. Mothers and fathers are a pair, but I wasn’t part of a pair anymore. I was newly alone, very single, and still trying to figure out which way was up. My children were too young to think of or buy gifts, so I feared that the day would go unrecognized and I would be miserable. I knew it would be hard. Hard had become a way of life, and holidays were a type of hard I had never experienced before. Holidays were supposed to bring joy, but all they brought were real reminders of a reality I wished weren’t mine.
Mother’s Day.
I wanted to skip it.
When the day came, though, it wasn’t as bad as I imagined it might be, and the only reason it wasn’t was my own mom. She made it better than it had to be. That’s what moms do, isn’t it? They make it better, whatever it is.
My mom had taken my kids a few days before, giving me some very needed relief. Unbeknownst to me, she was also making Mother’s Day happen for me, her own baby. She knew just what agony I was feeling, and she knew I needed just a little relief. So she put her Mimi skills to work and helped my children make things for me. First, she posed their little arms into the letters of LOVE, framing their sweet faces for me. These pictures still hang in my kitchen. 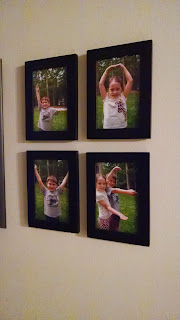 She also had them create sweet vases of flowers that wouldn’t die, their thumbprints forever captured in paint. They sit in my classroom where I see them every day. 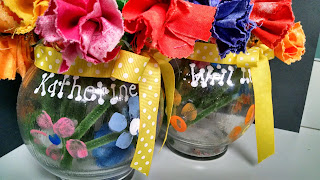 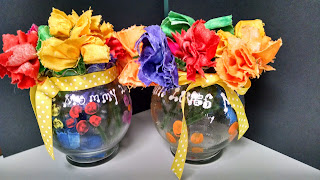 Mother’s Day is supposed to be a day when we celebrate and honor our own mothers, but for me, in 2011, Mother’s Day was a day that solidified the reality of what mothers do. They forget about themselves and do whatever it takes to help their babies. Even if their babies are 31 with babies of their own. Even if they can’t take the pain completely away, they do everything in their power to soothe it. Mothers work behind the scenes every day on their children’s behalf, and sometimes, a mother’s love is the only thing that helps.
2011? It was just what I needed.
Post Views: 2,333
Share
Print page
0 Likes
I Wish I Had Known They Were Lasts
Join Me for First 5!