Posted at 02:34h in Uncategorized by Jennie Scott 0 Comments
I have a sign in the front of my classroom that simply says ‘believe.’ I want my students to believe that they can, believe that I care, and believe that this all matters for more than just a report card.
Today, though, this happened. 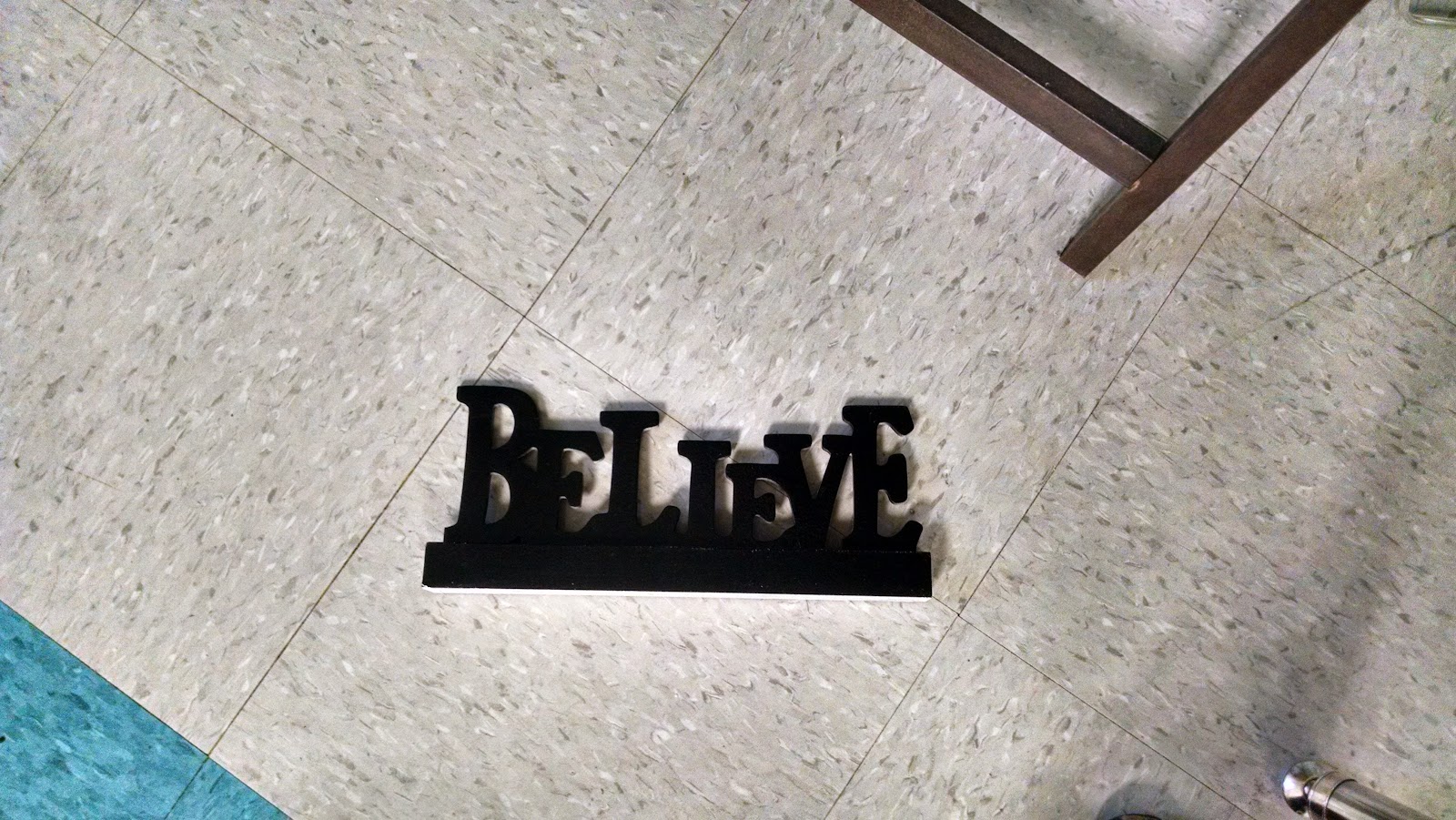 My ‘believe’ toppled to the floor, and I just stood there and stared. The sign on the floor was a sign for my life and a sign of the struggle I’m currently in. My belief is falling, and I’m afraid there will be a loud bang when, at any moment, it, too, hits the floor. I want to believe that I can, believe that someone cares, and believe that this all matters for more… But it’s hard. It’s hard, and I’m struggling.
The truth is that I’m in an incredibly hard season of life. I’ve been through worse, but the worse doesn’t make this better. It’s still hard. The details don’t matter right now, but I bet someone out there is in a similar place. I’m sure that someone else is also seeing his belief fall. So let’s talk about it.
My belief in God isn’t what’s falling. I still believe that He is good and that all of this matters, although to be very honest, I don’t understand how it does.
I believe that one day I will be able to look back at this time and see it all make sense, see how it was necessary to move me forward. Again, though, my heart laid open before you, that hasn’t begun just yet. I’m still in the “this doesn’t make sense and I just want it to go away” stage. It’s a stage that’s been going on for years now. It’s a stage that I, quite frankly, am tired of enduring.
No, my belief in my God isn’t what’s falling. It’s my belief in everything else. It’s the belief that I can hold up under the strain; it’s the belief that I will come out better and stronger. It’s the belief that I will ever be carefree and easygoing again. It’s the belief that all of this will ever end. It’s the belief that I will emerge, whenever the time of testing ends, as a woman who is not cynical or jaded but who still hopes and loves and believes the best.
Sometimes believing is hard.
If you worship in a contemporary service or listen to contemporary Christian music, there is no doubt that you have heard the song “Oceans.” Everyone loves it – they lose their minds when they hear it. The lyrics are all over Pinterest, if that tells you how popular the song is. People have canvases made of the words. Don’t believe me? Just look. It’s a great song – don’t get me wrong. But it’s really hard for me to sing it. Why? Because I’ve lived it, and living it is infinitely harder than mindlessly singing the lyrics set to music.
The lyrics say things like, “You call me out upon the waters, the great unknown where feet may fail.”
The great unknown? Yes. I’m currently there. The great unknown is the story of my days, and my feet have both literally and metaphorically failed to hold me. (And it’s not nearly as poetic as it sounds.)
The lyrics continue: “Spirit, lead me where my trust is without borders; let me walk upon the waters wherever you would call me.” I distinctly remember praying this kind of prayer a few years ago. Written in a journal somewhere are the words, “Whatever it takes, Lord. Use me.” When I wrote those words, I didn’t know that the “whatever” would be what it has been. If I had known, I’m not sure I would have prayed the same way. “Whatever” sounds a lot better than saying, “even torture.” But the two can be synonymous, if you want to know the truth. They have been for me.
More lyrics, further on: “Take me deeper than my feet could ever wander.” Yes, again. He has. In fact, He has taken me so deep that at times I have wondered if I would drown. I haven’t, so I know He’ll be faithful to rescue again, but when the waves are crashing, it’s so easy to wonder if they will consume. Waves are crashing now, and it’s all I can do to “keep my eyes above the waves.”
Yes, “Oceans” is a great song – if you don’t stop and think about what you’re singing. If you think it and live it and mean it, the words can wreck your life. A runaway hit song is great until you really have to live what it says.

One of my favorite verses in all of the Bible was spoken in Mark 9 by a father, and he was able to verbalize exactly how I feel. He was begging Jesus to help his demon-possessed son, saying, “If you can do anything, take pity on us and help us.” Jesus replied, “Everything is possible for one who believes.”

Here’s my favorite part: the boy’s father exclaimed, “I do believe; help me overcome my unbelief!”

Believe. I wish it were as simple as it sounds.